A Matrizauto and JAP AutomotiveRenault and Dacia official distributors have joined the Digital Signage and Corporate TV software from Amplitude Net.

Both companies belong to the JAP Group, which also owns other companies such as: Vesauto, MAN, Hendo, Automatriz, MyCarCenter and SIXT.

While Matrizauto is only engaged in selling used cars, JAP Automotive is responsible for marketing the entire range of:

Complements the presented business areas with service of:

Through the Digital Signage software of Amplitude Net the two companies make differentiated emissions for their customers on several of the screens in their dealerships and workshops.

Matrizauto makes a broadcast giving a big focus to its promotions that is also presented on its website, while JAP Automotive reserves part of the screen associated to the broadcast, to present the license plates of the cars that enter and leave its workshops. 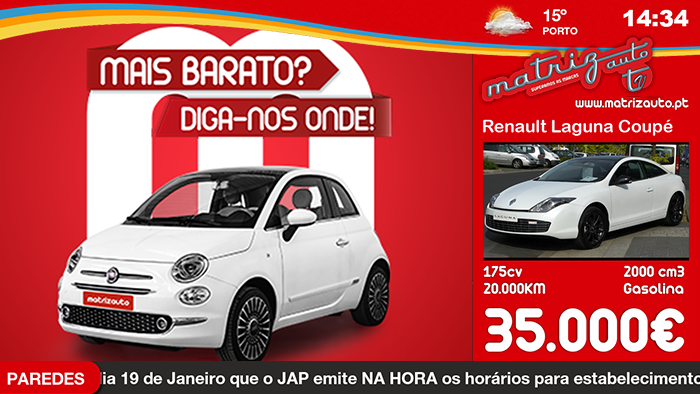 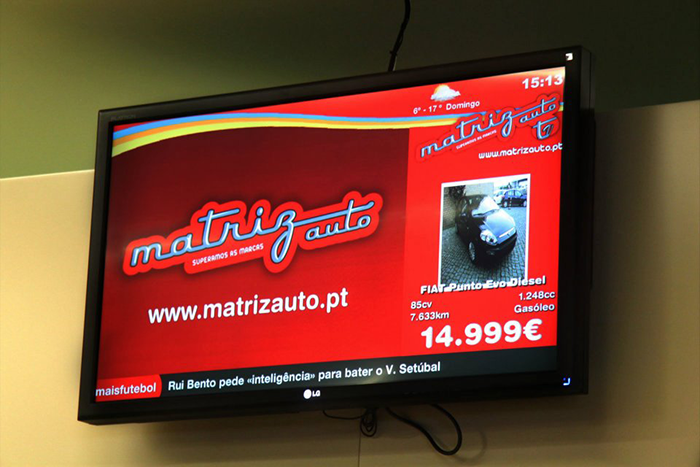