The bp has adopted the Digital Signage Software World VDS Amplitude Net to display its commercial broadcast on screens placed in its petrol stations.

In the start-up phase of bp's Digital Signage project, the issue is now presented in 61 of the approximately 500 existing outletshaving been selected bp reference sites in mainland Portugal.

The project included a a previous Pilot phase in 5 supply sites, which allowed bp to better understand their content needs to be displayed on each screen, as well as becoming familiar with the dynamics of channel management, through the World VDS digital signage software.

The bp is present in Portugal since 1929at a time when it was called Companhia Portuguesa dos Petróleos Atlantic.

Its presence in Portugal has been distinguished by continuous innovation and leadership in the fuel sector. Among the many innovations carried out, we highlight two that occurred in the 1980s in terms of infrastructurewhich were the creation of the the first self-service filling station and the first station with an on-site shop. In these stores, called BP Shop, 3 distinct sales poles were considered: fuel, washes and the store, which started to offer the public a wide variety of essential goods such as drinks, groceries or frozen food.

In 2003, at the turn of the millennium, bp adopted the name by which it is currently known - BP Portugal, SA, and in the following year, introduced the new generation of lighter and easier-to-handle gas cylinders in Portugal.

At the beginning of the 21st century, bp launched 2nd and 3rd generation fuels in portugal, consolidating a path won with a lot of dedication and innovative spirit.

In 2011, Invigorate was launched, a completely innovative formula that resulted from five years of research at the Global Fuel Technology Centre in Germany, making Portugal the first country in the world to market this type of fuel.

One of the hallmarks of BP Portugal has been its involvement with the communitythrough the development and participation in partnership in several projects in the area of social and corporate responsibility.

In the ranking of the 20 best companies to work for in Portugalpresented by Exame magazine and the Great Place to Work Institute Portugal, bp has been a frequent presenceThe most notable were 1st place in 2004, 3rd place in 2001 and 10th place in 2002.

Globally bp has operations in Europe, North and South America, Australia, Africa and Asia, making it a global energy company with a broad reach across the world´s energy system. In total operates in 79 countries, with more than 70,000 employees and approximately 19,000 retail locations.

As mentioned above, bp appealed to the World VDS Digital Signage software Amplitude Net to manage its information that is displayed on 7 dozen screens at its main service stations at the national level.

To perform the emission, some gadgets were developed in the software of Digital Signage World VDS, in order to simplify content management, since through them it saves bp the trouble of having to produce several promotional videos.

The broadcast is focused on the presentation of the sales outlet promotions There are also institutional and promotional videos to be shown to customers inside the stores next to the payment points. In this way, bp customers have a quick overview of the main campaigns in force at the petrol stations so that they can benefit from them.

The emission is differentiated according to the typology of the posts of bp´s supply, namely:

The differentiation of the broadcast, happens not only in terms of the contents transmitted in each of these groups of terminals, but also in the promotional prices that are presented for the same campaign.

Since the emissions are presented at the places of payment, is still achieved one of the key benefits of Digital Signage which is to reduce the perception of waiting time in queues as it becomes much less tedious to wait in a queue when you have something to watch, which leads to less perceived waiting time.

Although most of the screens were already in place, several were damaged and had to be replaced. Due to the horizontal format of the new broadcast, it was also necessary to rotate the existing screens, as they were vertical.

On each screen was coupled a Windows player with the World VDS Digital Signage software from Amplitude Net.

As initially stated, the project had an initial pilot phase, where the system was installed in only 5 locations supply, so that bp can understand more accurately the type of content to be displayed on the screens and also the become familiar with the dynamics of channel management, through the World VDS Digital Signage software. 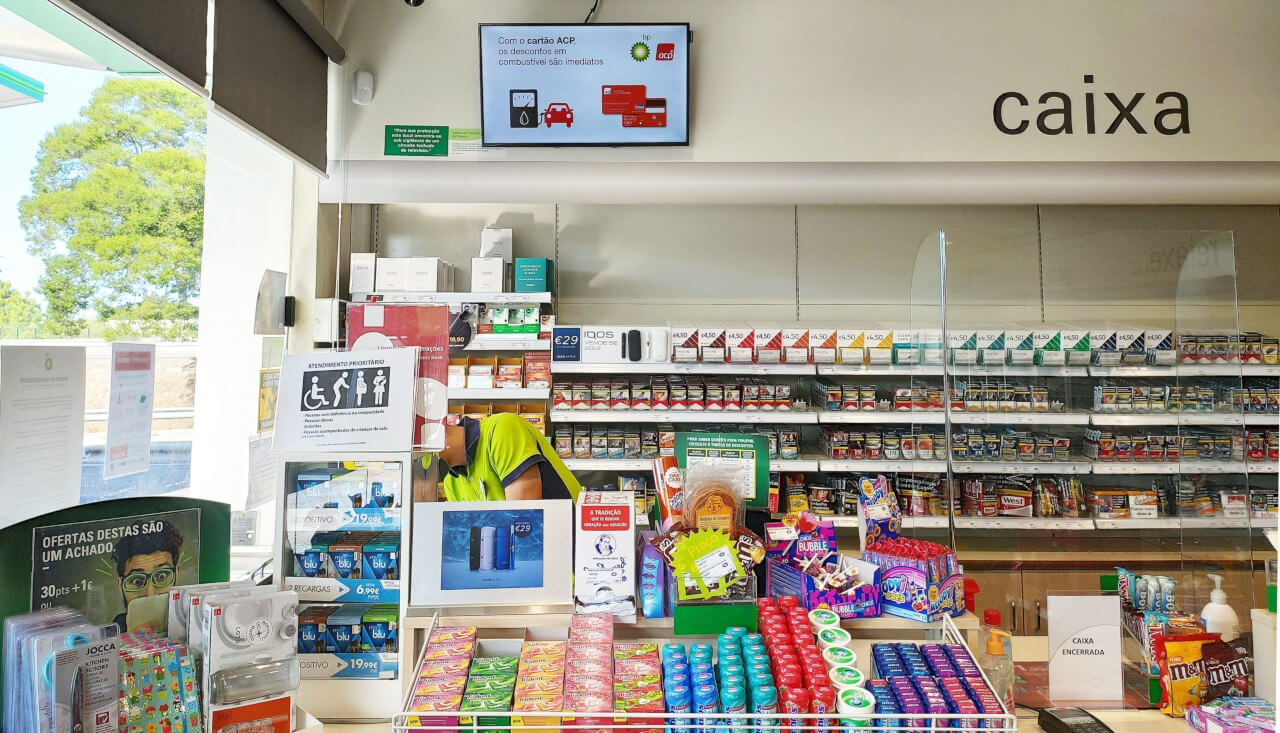 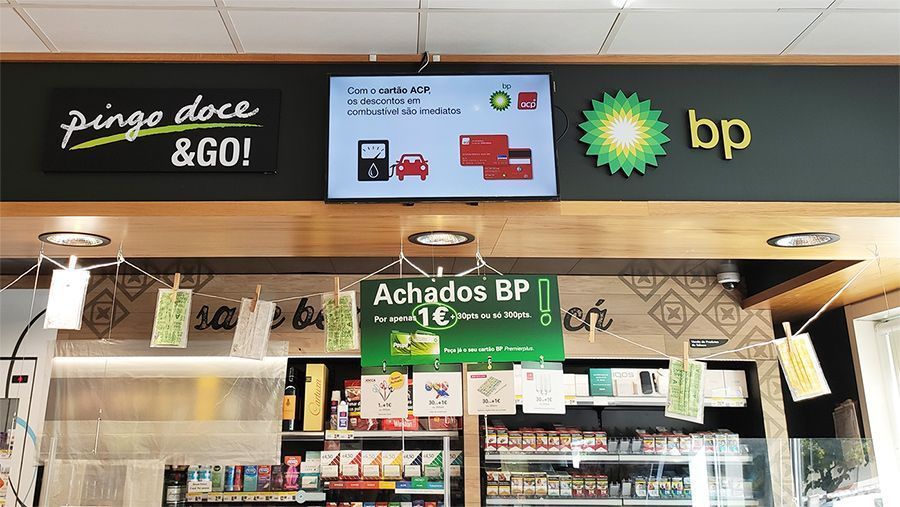 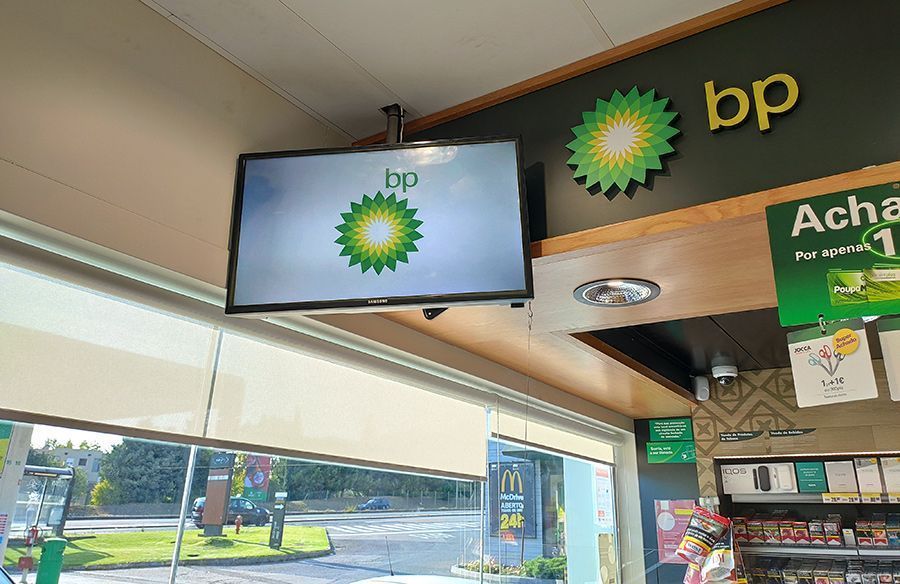 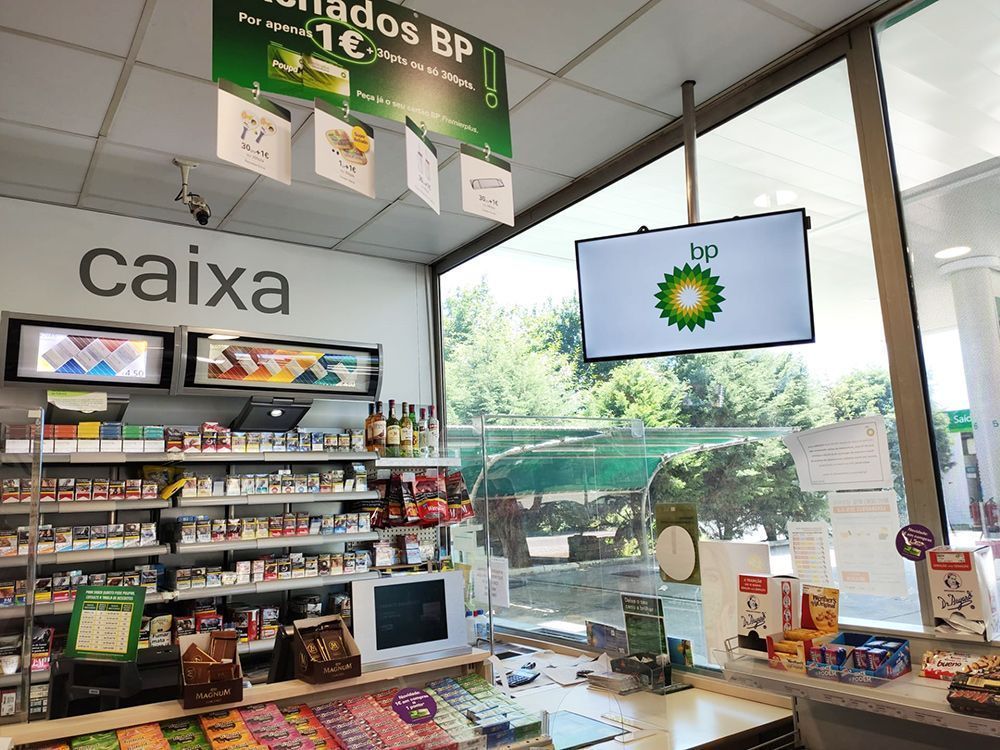 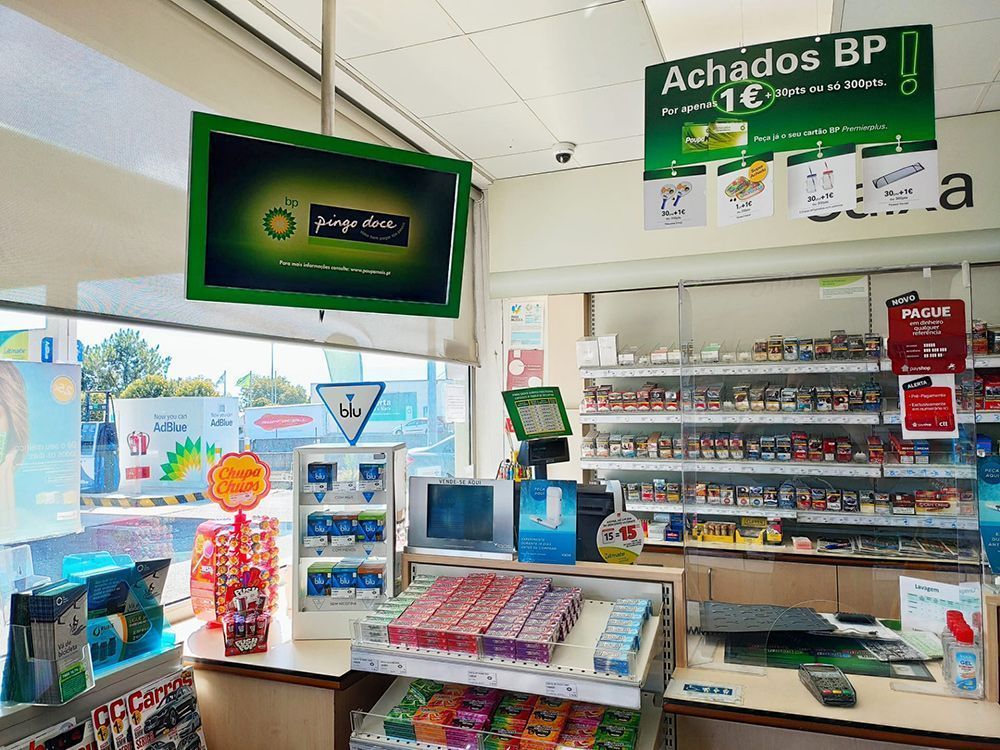 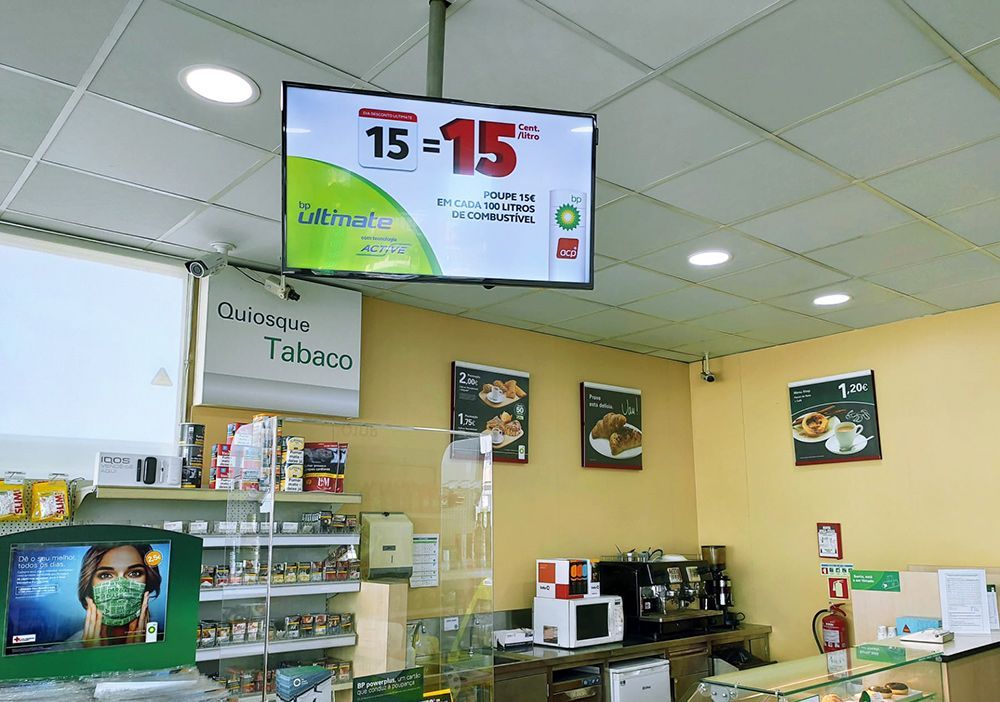