More and more companies are successfully investing in the Corporate TV solutions in order to communicate internally in an efficient way through the screens placed in the company.

The digital screens are usually located in strategic placessuch as canteens, rooms, departments and corridors, so that employees are continuously in touch with information that is transmitted in a segmented, dynamic and attractive way.

Corporate TV is a valuable resource in helping the company's strategic objectiveshelping for example to increase the alignment of teams, promote the integration of employees and monitor the established processes and goals.

Benefits of Corporate TV in companies 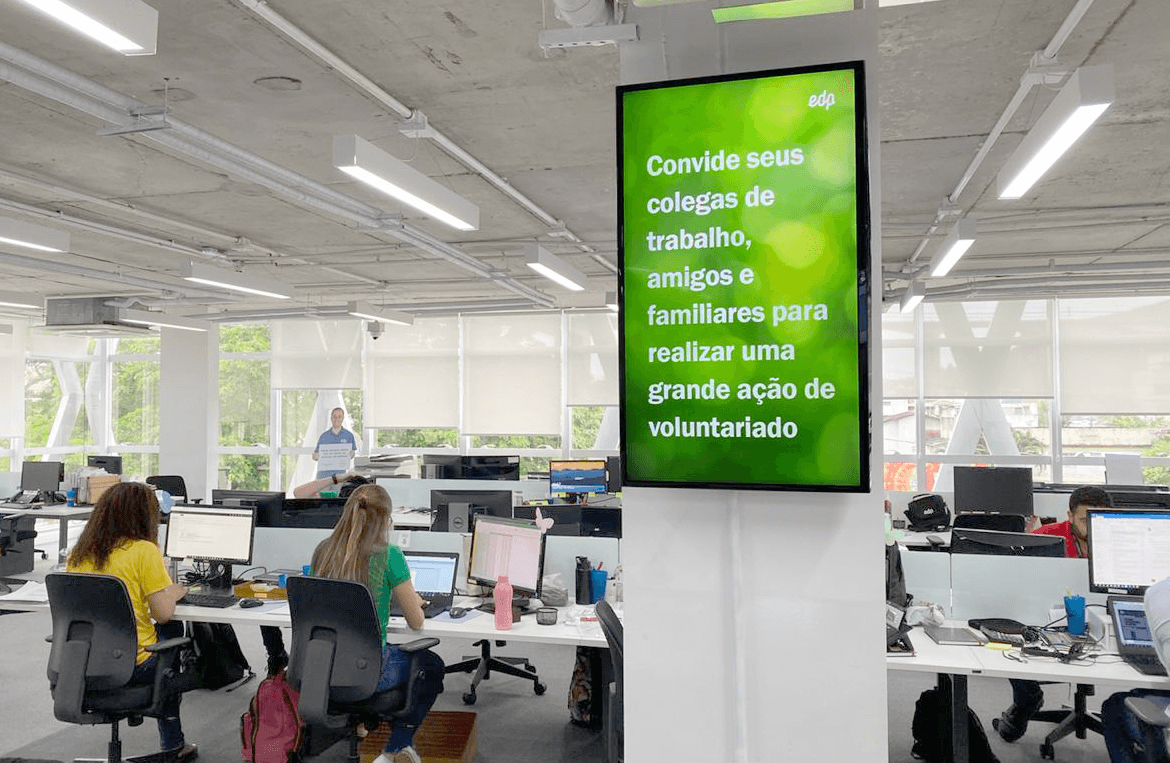 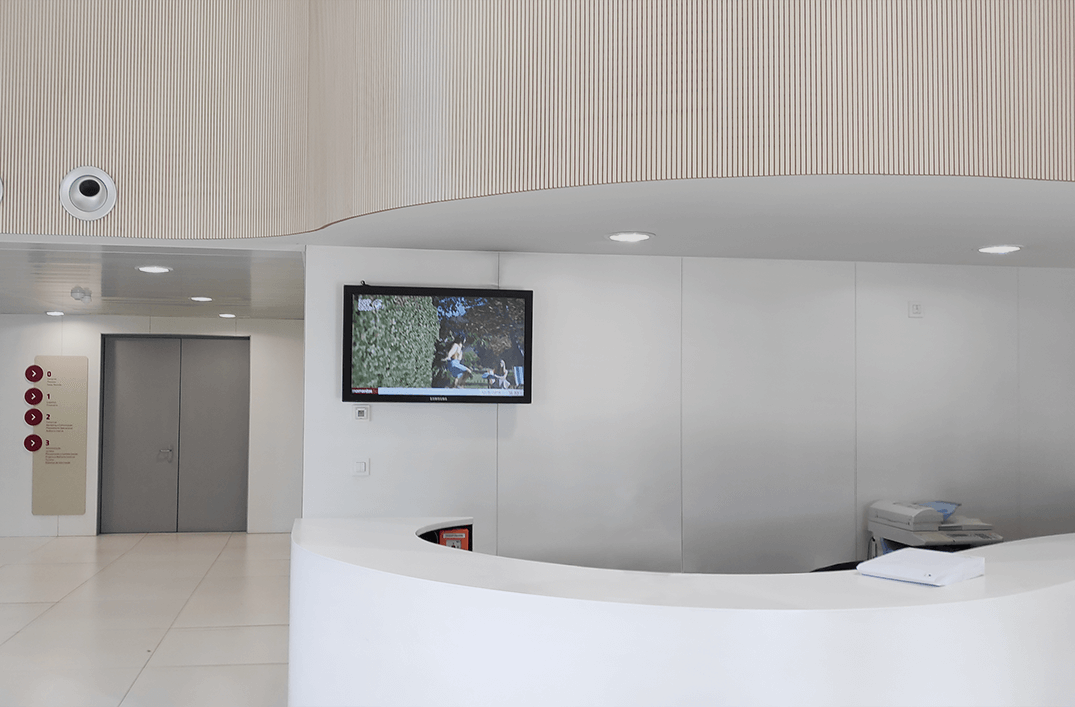 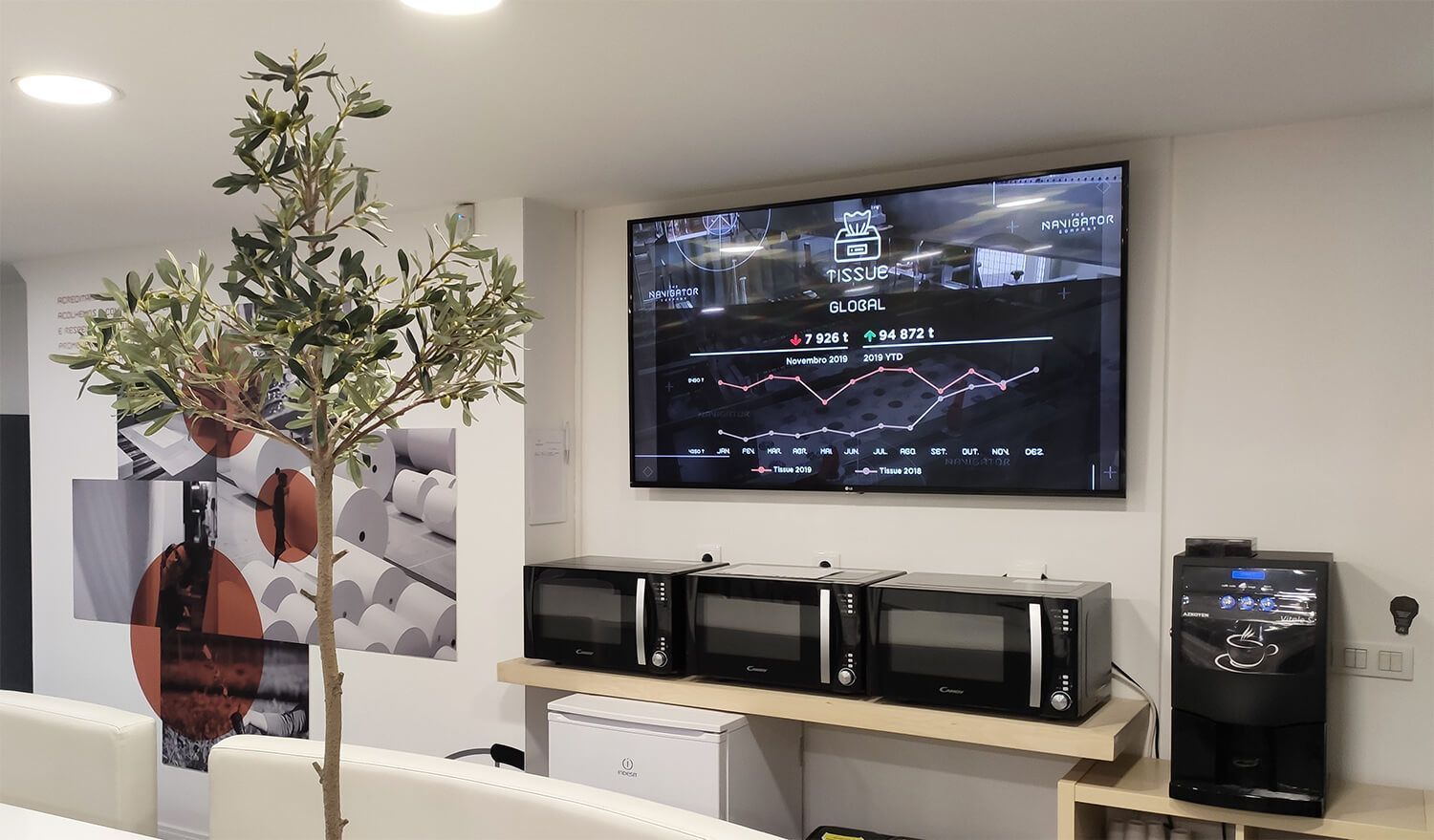 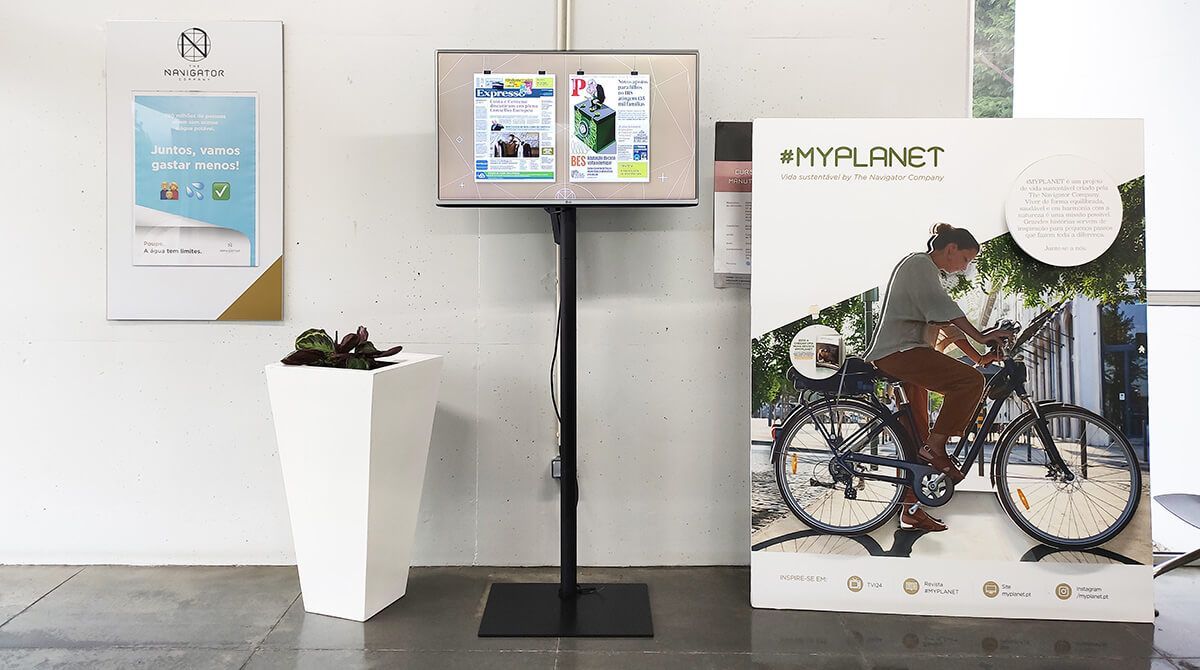 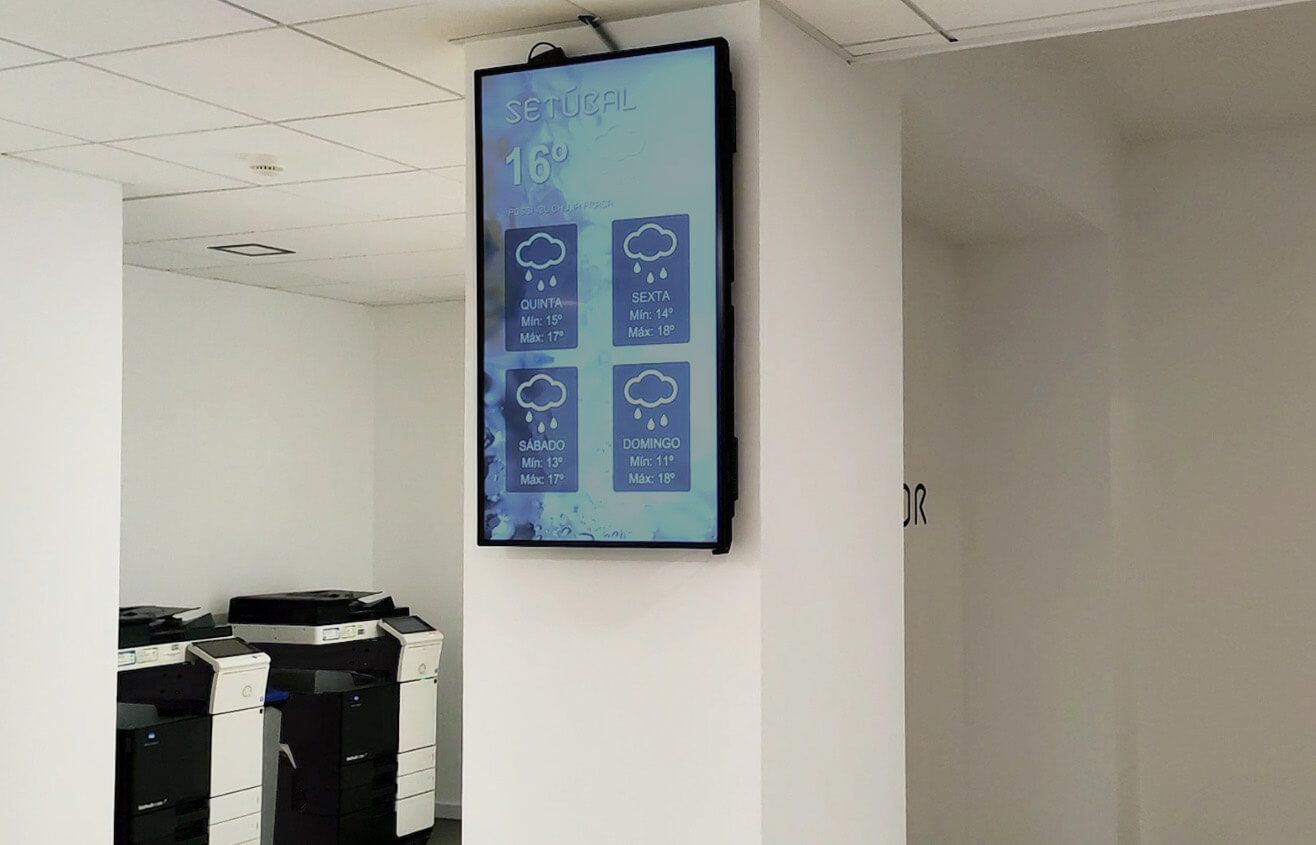 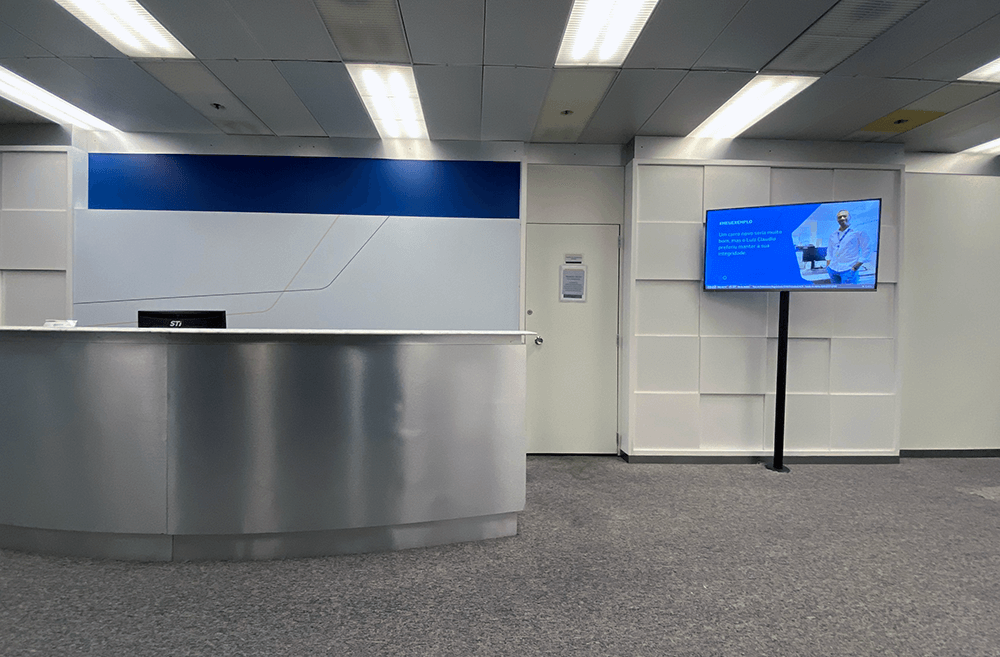 With more than a decade in the market, Amplitude Net was in Portugal the first Portuguese company to start this branch of activity with a Corporate TV and Digital Signage software proprietary software, which even today still has unique features compared to competing software. 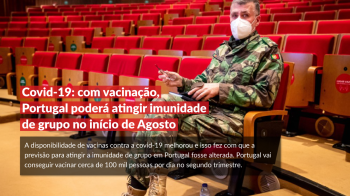 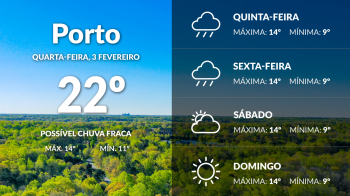 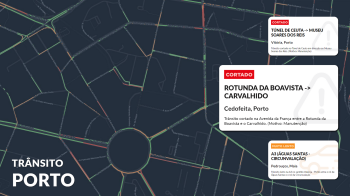 Our World VDS software for Corporate TVis currently available for various operating systems such as Windows, Linux, Android Raspberry Pias well as for the Samsung´s Tizen system and LG´s WebOS. This versatility (unique worldwide) allows an easy inclusion of our software in the various operating systems and different brands of screens that companies consider using for their corporate TV project, since in many situations companies already have the equipment or screens and just want to change the platform because they are not satisfied with the limitations associated with what they currently have. 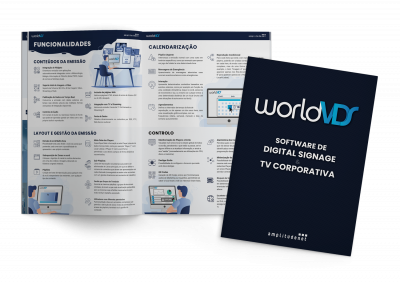 Benefits of Corporate TV in companies for Endomarketing and Internal Marketing

Endomarketing and "Internal Marketing, differences between them will be analysed below, have as a common point their key audience, which are the employees of the companies. They are recognised at a corporate level as the "most precious asset that companies have".

In this way, it is easy to understand the the strong contribution that Corporate TV solutions can make to companiesscreens placed in workplaces become key elements in ensuring that all the communication strategy that companies want to have with their employeescan reach them in a permanent and natural way in the various working environments.

For alignment and corporate transparency to be developed in the Corporate TV channels, various headings may be developed that can generate a major influence on the message to be conveyed to employees, of which we highlight a few:

Corporate TV broadcasts may also contain various additional information valuable to the employees from which they stand out:

All these ideas, which can be put into items on the Corporate TV channels, can easily stimulate employeeswith the objective of making them believe more in your brand, so that they can wear the company´s jersey with more willingness, in order to defend the values and what your company offers to the market.

Differences between Endomarketing and Internal Marketing

Although the term Endomarketing has already been introduced in the 90´s, it is a term that has become more popular in the last years and that can be understood as the Marketing actions turned to the inside of the company, with the objective of selling internally to its employees the image, ideas and brand of the company.

Although Endomarketing is often wrongly referred to as "Internal Marketing", both have several aspects in common, the main one being their target audience or key audience, which are the companies´ employees.

Unlike "Internal Marketing", Endomarketing is associated with a strong commercial component, and is based on traditional marketing techniques and strategies that are applied to its internal audience. It aims to turn the company´s employees into true brand advocates, and also advocates of the purpose and what the company offers.

Through this conquest of employees by the companies, they gain the feeling of belonging to something higher, thus giving companies a better connection to their teams, leading to better performance by them, and also helping to:

It can thus be said that the endomarketing only begins when the employees are considered the first internal market for companies, where they begin to be seen as allies to the success of the business and not as a mere workforce paid.

Internal Marketing, also known as internal communication, is related to the training or qualification actions of the companies´ employees with the aim of providing a better overall service, both to the final customer (the consumer) and to the company itself, making the work environment better, and thus managing to increase talent retention.

Thus, the internal marketing is associated with the practice within companies of all communication between the organization and its employees, having a social character, which always values the interpersonal relationship, through a uniform communication that shares with all employees the culture of the company.

In summary, it can be stated that if in endomarketing the employee is seen from the customer´s point of view, in internal marketing the company aims to achieve its transformation into a collaborator.

Internationally, the main reference comes from the largest Brazilian company, Petrobras, which uses our software in all the hundreds of screens of its network to broadcast its Corporate TV channel.

Some of the projects carried out by Amplitude Net were awarded nationally and internationally as the best Corporate TV project of the yearhaving been the CTT channelcalled CTT TV, and of the EDP with the name edpON are those that have achieved the greatest recognition.

It should be noted that several of the projects carried out for our customers, who currently have hundreds of Corporate TV screens in their companies, started with just a few screen units in their facilities with a pilot broadcast. As the projects matured through strategic meetings to define the evolution of the channel, the projects gradually grew, and several of our complementary services were also incorporated, which made possible the high dimension of some of the channels currently broadcast by the companies.

"Since 2015, Amplitude Net has been our supplier for Corporate TV. The experience has been very positive, as the platform used has allowed this communication channel to evolve through the development of new contents and formats. Therefore, CTT's Corporate TV has gained growing notoriety and importance among the internal public, which is in line with our strategic goals. For us, a company that follows the evolution of times and has innovation as a fundamental value, it is very important to have suppliers that are up to our challenges and share our vision."

"In developing our Corporate TV project with Amplitude Net, we naturally expected professionalism, competence, knowledge and proactivity in problem solutions. The times and the work showed us a committed and imaginative partner, who uses their knowledge and experience to add value to what, more than a project, is a common adventure."

"The partnership between Lactogal and Amplitude Net began in 2015 and allowed us to communicate effectively with our approximately 1200 factory employees, taking to them the institutional and brand information that, every day, we transmit internally. It is a partner that responds in an agile and creative way to all the needs that are placed before it, regardless of the degree of complexity involved and, therefore, it remains a key partner in Lactogal's internal communication strategy."

"Amplitude Net was our choice for the renewal of The Navigator Company's Corporate TV and we couldn't be more satisfied. It's essential to have trust in the suppliers we work with, and in the case of Amplitude Net, we know we can count on a fast response to all requests, and on a creative and technical approach of great quality. Today, with the job we develop together, we communicate, through this channel, in a closer and more effective way with our more than 3000 employees"

Our services that complement the Corporate TV Software

In addition to our market reference software, Amplitude Net also offers a wide range of complementary services for Corporate TV projects in companies of which the following stand out:

It is this wide range of services that complements the Corporate TV software and gives all the guarantees to the companies that choose us. When you do, you know that you will be working together with a proven partnerable to offer a valuable contribution in any phase and/or dimension in which the project may already be, so that it can turn its Corporate TV channel, to be broadcasted in the company´s premises, into a true success story. 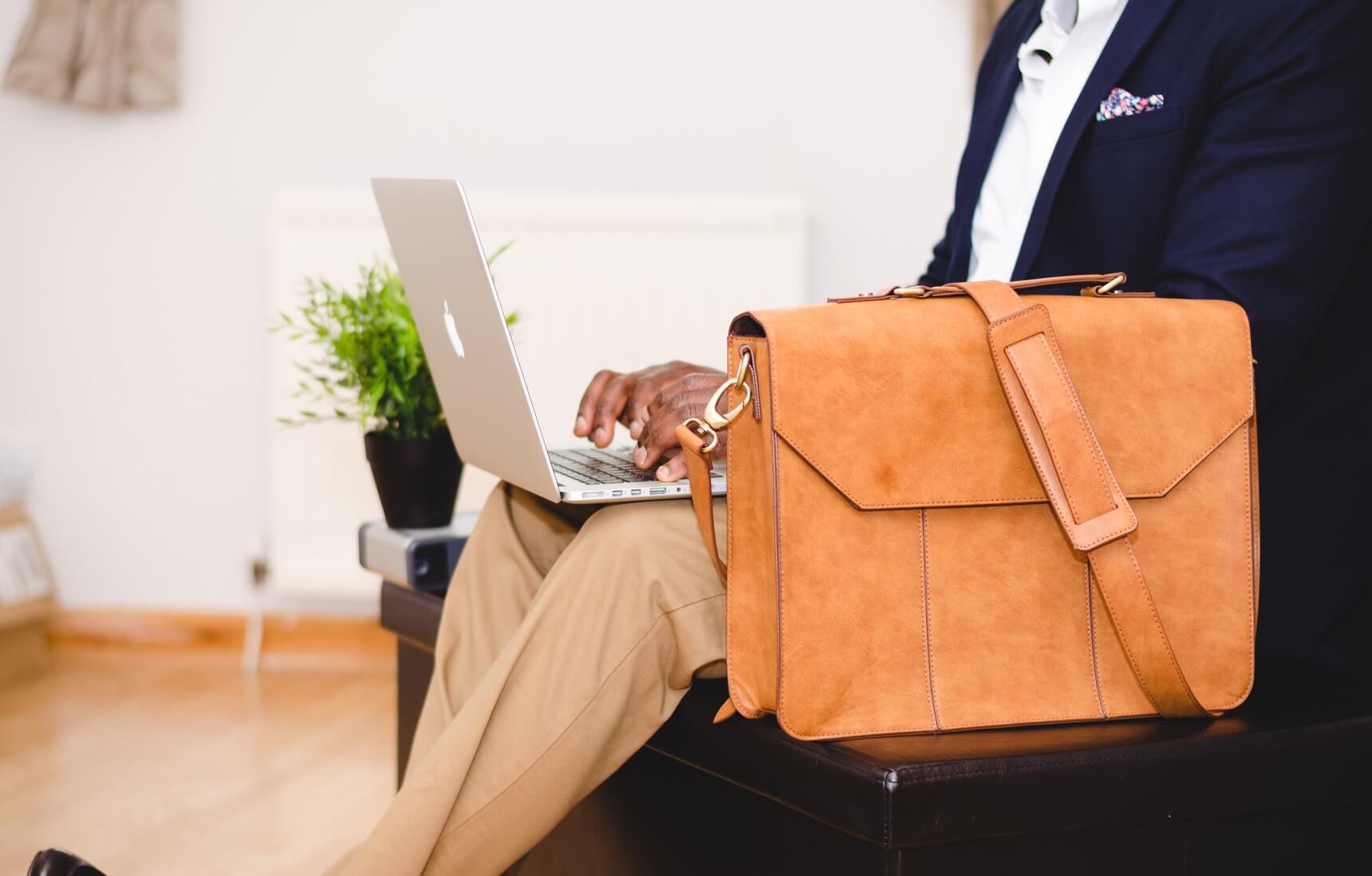 The Navigator Company and its new Corporate TV Channel